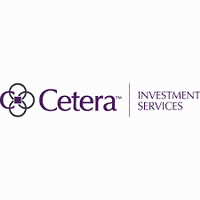 Free. Please RSVP so we have a count for refreshments.

Reeves Brown is an independent public policy consultant and Project Manager for the “Building a Better Colorado” project, a non-partisan effort to engage Coloradans in a constructive conversation about how to improve their state and seek consensus public policy recommendations to that end.

Prior to his appointment at DOLA, Reeves served as the Executive Director of CLUB 20, a non-profit political advocacy organization representing the diverse interests of the 22-county Western Colorado region.   He also served as the Executive Director of the Colorado Cattlemen’s Association and oversaw the creation of the Colorado Cattlemen’s Agriculture Land Trust (which has led to the protection of over 2 million acres of agriculture land nationwide).

Reeves grew up on his family’s 5th generation cattle ranch in eastern Montana and later received a B.S. in Agriculture Business and a minor degree in Economics from Montana State University.  Having spent his formative years working in and around cow manure, Reeves feels that he is uniquely qualified to work in the public policy arena.

Reeves and his wife, Dianne, have four children (Kyler, Keaton, Seve and Abigail), a cat with an attitude, and a grateful heart for God’s boundless grace.

Breakfast is sponsored by Foresters Financial